Legalization of Cannabis and Its Possible Impact on Real Estate 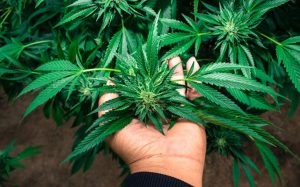 As we approach the legalization of home cannabis cultivation and recreational use, there are many questions around the impact that it may have on the real estate market. Concerns revolve around the influence it could potentially have on property values.

Most mortgage companies were unwilling to insure homes that were formerly used as cannabis grow operations. The Canadian Real Estate Association (CREA) says that the soon to be legal “home grow” could lead to the spread of mould and other fungi in residences across the country — which could result in some costly surprises for home buyers. For example, the financial burden to ensure that a former grow op has been properly remediated is quite significant, with estimates from the Ontario Real Estate Association (OREA) for renovation costs falling between $50,000 and $100,000. Selling and insuring these former grow ops can be difficult for homeowners too.

The  upcoming October 17th legislation doesn’t limit the number of crops or the size of each of the 4 plants allowed, and there is  potential for structural damage to dwellings and health risks to be considered, including the use of fertilizers and pesticides that can pollute the air.

“There’s absolutely no question it impacts the value of the home,” Michael Bourque, chief executive officer of CREA, told senators, adding the physical effects of a grow op can often go undetected during a home inspection.

This entry was posted in Buying and Selling, Home Maintenance, Income Properties, Investing.

Stay in Touch
Get Our Newsletter Right to Your Inbox

View some of our previous Email Newsletters »